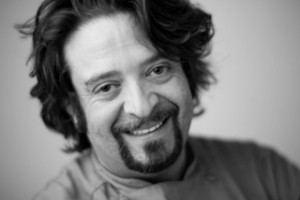 Executive Chef Gaetano Di Benedetto is a native of the lush coastal town of Bagheria, located just outside of Palermo, Sicily. He began as a kitchen apprentice in Palermo in 1978 and is a graduate of the prominent IPAS professional culinary school in Italy. His cooking career spans three decades, maintaining the title of Executive Chef since 1989 at restaurants throughout Italy, as well as France, England and the United States.

While still in Sicily, Gaetano served as Chef at the oppulent Villa Paino, where he was accorded the honor of preparing state dinners for the Presidents of Italy, Francesco Cossiga, and Oscar Luigi Scalfaro. After leaving Sicily, Gaetano worked in such culinary capitals as London, Paris and Milan before accepting his first American position at Disney’s first independent Italian restaurant at Celebration City.

In 2001 Gaetano was invited by the Italian delegate to serve as chef for Team Italy and the government dignitaries at the 2002 Winter Olympics in Salt Lake City, Utah.

Since 2002, Chef Gaetano has developed a loyal following for his highly rated restaurants, Gaetano’s and La Piazza. In 2010, he was named to the Board of Advisors of Chef’s for Humanity, an alliance of culinary professionals in partnership with U.S. and global organizations supporting world-wide relief programs working to reduce hunger.

Gaetano is a teacher of culinary art in both Italian culinary colleges and colleges here in the United States. On March 17, 2011, the Italian Government awarded Chef Gaetano with the prestigious “Ospitalita Italiana” award for having an “Authentic” Italian restaurant. Only 600 restaurants in the world have this seal of approval from Italy.

At Gaetano’s, you will experience a multitude of fresh, home made, delicious authentic Italian foods. Buon Appetito!